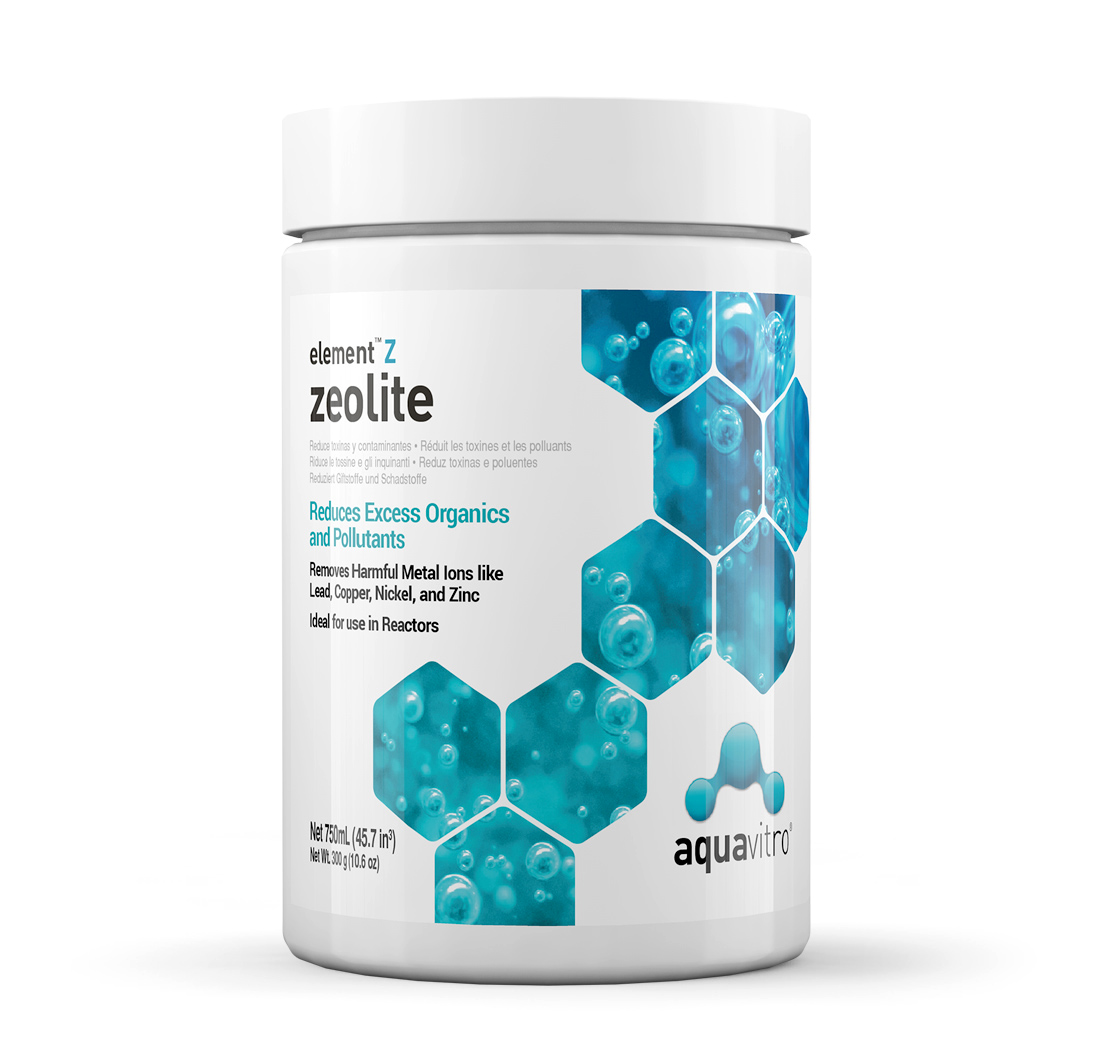 Rinse thoroughly before use. Use no more than 750 mL–1L for every 400 L (100 US gallons) of water. Flow rate is important to effectively use element™ Z zeolite. Upon initial use, it is advisable to reduce the flow through the reactor to roughly 200 LPH/50 US GPH until the system adjusts to use of the new media. When used in the aquavitro® element™ Z reactor, this can be accomplished by dialing back the primary pump on the reactor by half its flow rate. After 4 weeks, the flow can slowly be increased.

It is preferable to utilize a wash feature several times daily, depending on the reactor used, to break up bacterial buildup on the media. With the aquavitro® element™ Z reactor this can best be accomplished by adding a timing device to the secondary pump to perform a wash several times a day. The wash of the element™ Z zeolite allows the media to remain clean and active while also providing a food source to various corals within a reef system. element™ Z zeolite should be replaced every 6 – 8 weeks depending on coral populations. It is highly recommended that chemical filtration such as Seachem’s MatrixCarbon™ along with a good protein skimmer, such as the aquavitro® division skimmers, be used in conjunction with element™ Z zeolite to maintain an optimally balanced system.

Can't find what you're looking for? Ask us a new question. One of the experts from our technical support staff will be happy to promptly respond. You can also call 888‑732‑0003 (Monday- Friday 9:00 AM - 5:00 PM EST) if you would like to speak directly with a technical support representative. 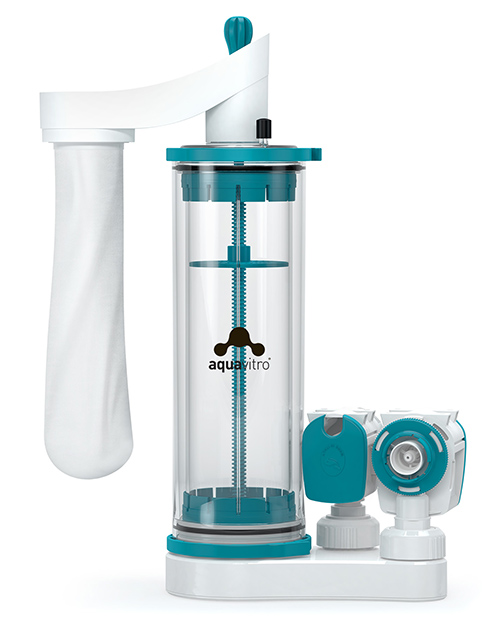